Star Wars meets Game of Thrones in a new fan mash-up video that adds lightsabers to the epic sword battle between Arya and Brienne in season 7, episode 4, ‘The Spoils of War’. YouTube user Omid G posted the below mash-up video that adds a Star Wars spin to Game of Thrones by putting lightsabers in the hands of Arya Stark and her sister Sansa’s one-time protector Brienne of Tarth.

In the episode, Arya spots Brienne training Podrick in sword fighting technique in the courtyard at Winterfell, and decides to challenge Brienne herself. At first it seems unlikely that tiny Arya will have any chance against towering Brienne and her powerful sword-strokes, but as we’ve learned again-and-again, it’s never wise to underestimate Arya. In the sequence, the young Stark woman shows off all the moves she’s learned over the years from all her instructors, including the late lamented Syrio Forel and the still-living (and now beyond-the-wall-bound) The Hound – who was himself once beaten by Brienne – finally besting Brienne by whipping out the dagger given to her by Bran after he got it from Littlefinger.

Here are other related videos you can find on YouTube:

The Red Viper Vs The Mountain (with a happy ending)

Fans of science-fiction and fanatsy genre series have been on a bit of a lucky tear of late when it comes to the release of premium content – in the form of both the original HBO series Game of Thrones and director J.J. Abrams’ revival of the Star Wars brand with The Force Awakens. Both feature properties have seen respective success over the last year, and neither shows any sign of stopping in the near future (though, admittedly, Game of Thrones is expected to wrap up after two more seasons).

Even if some viewers might not be quiet as enthralled with one production over the other, it can stated with certain conviction that the two productions have become the source of monumental success and acclaim within their respective fan bases. On that note, the latest bit of fan art has married the characters of Game of Thrones to the thematic world of Star Wars in an original series of character stills.

Courtesy of Canadian artist Andrew D. Tran, an original series of custom pieces depicts several characters from Game of Thrones as they might appear within the Star Wars universe. With such eye catching featured players as the Night King depicted as “The Sith Knight King”, as well as Tyrion Lannister giving his very best Han Solo impression, the series dubbed “Game of Star Wars” is a thrilling bit of fan service for those who adore both genre properties with equal abandon.

Check out the original “Game of Star Wars” artwork series below: 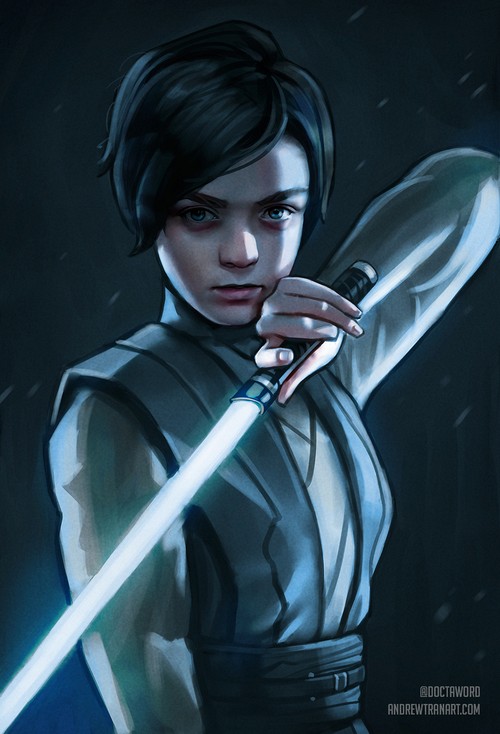 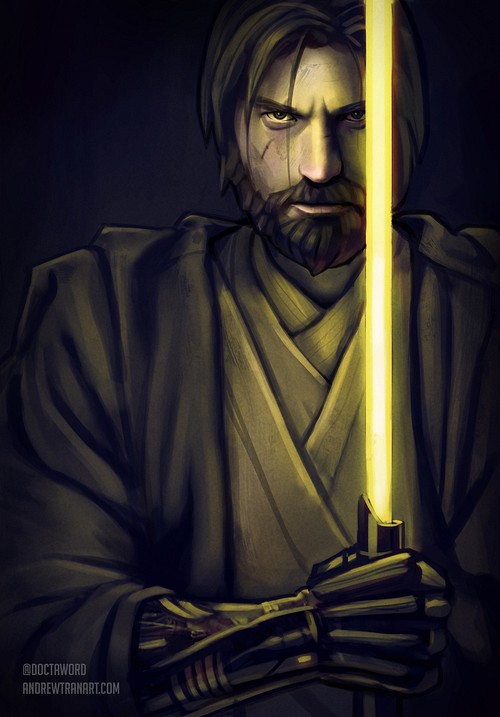 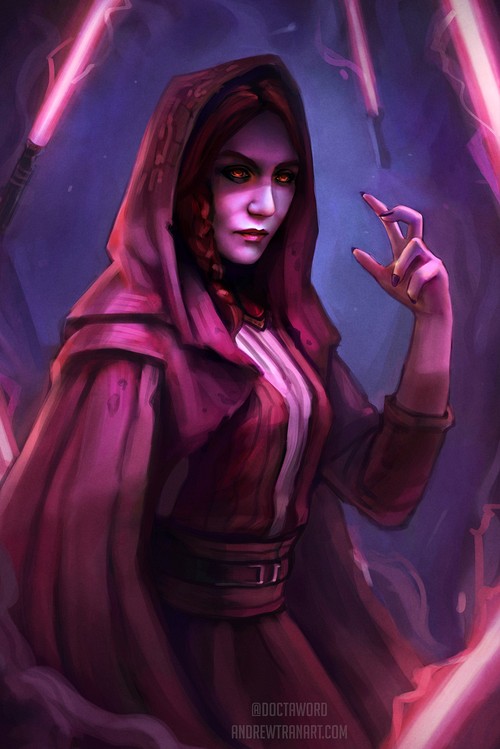 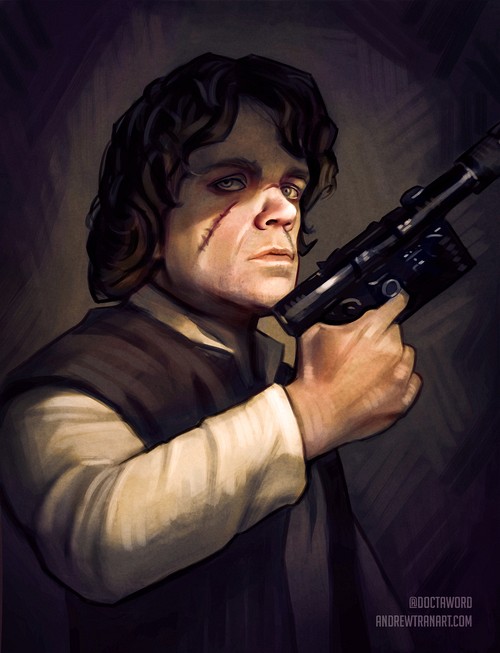 Seeing Daenerys Targaryen play the role of “Mother of Rancors” is an unusually bizarre treat that will surely titillate both Game of Thrones and Star Wars fans, as will Arya Stark’s striking Padawan pose, with lightsaber in hand. Likewise, Melisandre plays the “Sith Lord of Light” with all of the enigmatic menace that she comparably exudes in Westeros, and Jamie Lannister looks the part of the “Sith Slayer” with surprising heroism and spirit.

It should come as no surprise that such an original piece of fan art might arise that would seek to marry the two well beloved genre franchises with one another, and with any luck there should be a brand new series in the near future featuring Star Wars characters as Game of Thrones heroes. Independent artist Andrew D. Tran has really outdone himself with his “Game of Star Wars” pieces, so here’s to more cinematically inspired pieces of fan art from him in the near future.