Not only the women but all of us. For the hope of a better world, for the freedom of to be who we want to be and against the imperialist, misogynist, racist, homophobic, stupid or, in short words, the incarnate devil. I think you understood who I’m talking about. 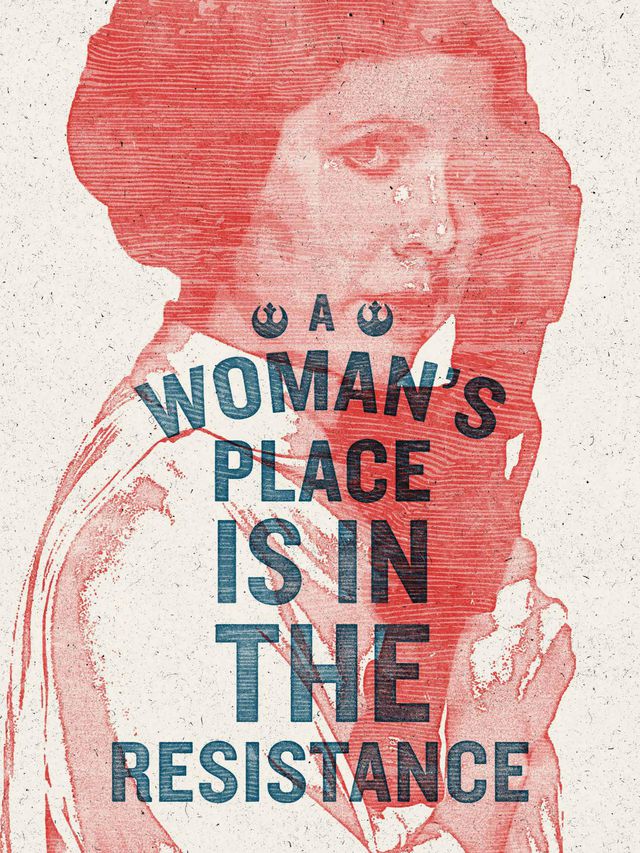 We are only starting to fight. Join the Resistance today!

To celebrate Carrie Fisher 60th anniversary on this October 21, here are 20 things you didn’t know about Carrie Fisher and Star Wars.

1. She had a love-hate relationship with George Lucas.

2. She hated the costumes she had to wear.

She hated the white dress from A New Hope, but it was the famed metal bikini in Return of the Jedi, which she despised most of all. “When I laid down, the metal bikini stayed up,” she once said. “So Boba Fett could see all the way to Florida.”

3. She has drugs named after her.

Fisher discovered there is a marijuana called Princess Leia after her daughter’s boyfriend tried to get a discount.

4. She beat some big names to land the role of Princess Leia.

5. She was forced to strap down her boobs.

Her breasts were taped down with gaffer tape, as her costume did not permit any lingerie to be worn underneath. She joked later, “As we all know, there is no underwear in space.” 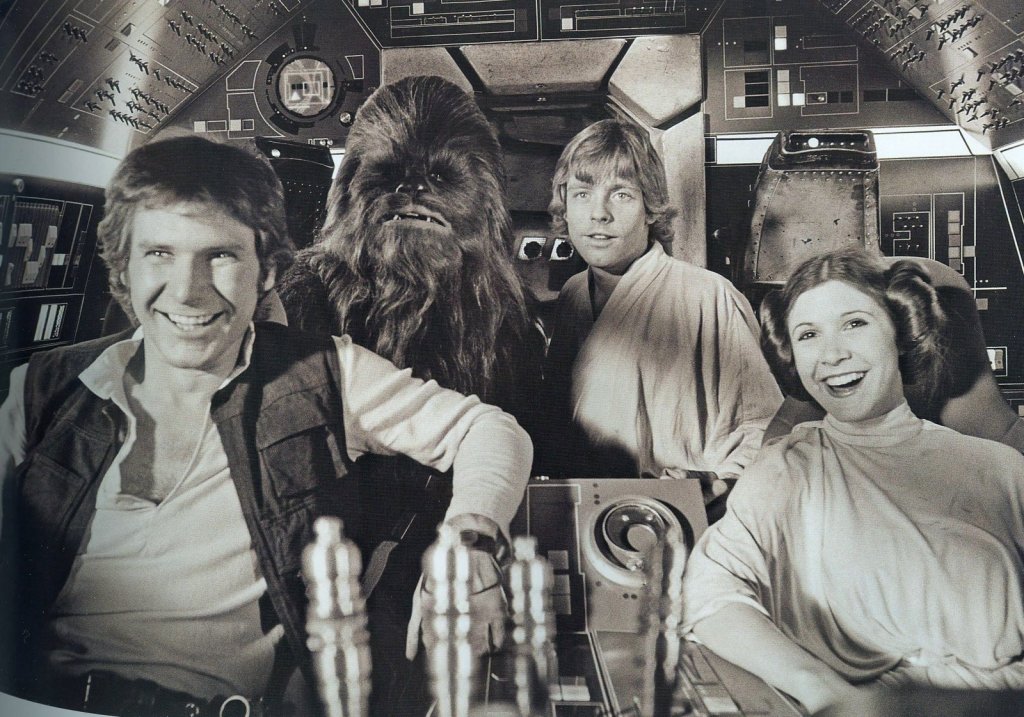 She disliked the “bagel bun” hairstyle she wore in the original Star Wars, but she didn’t say anything about it because she was afraid that director George Lucas would get angry and fire her.

7. She clashed with her mother about the role.

Due to the limited budget the American cast members and crew flew economy class to England, rather than first class. When Carrie Fisher’s mother, film star Debbie Reynolds, heard about this she called George Lucas to complain. Lucas handed the phone to Carrie who simply said, “Mother, I want to fly coach, will you fuck off?!” and hung up.

8. She thinks she did a bad job playing Leia.

She doesn’t think she’s a very good actress and often quotes her awkward half-British, half-American accent as an example. 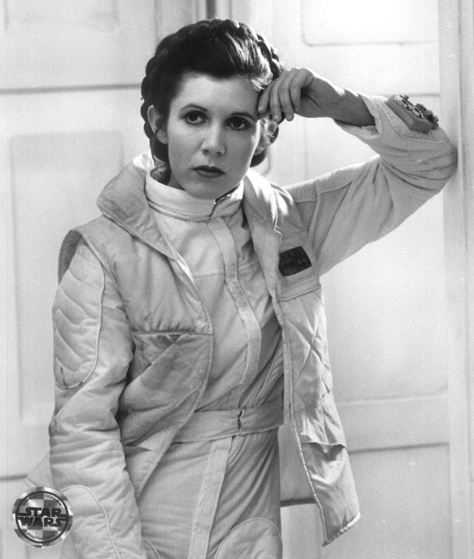 9. She did some of her own stunts.

Stunt doubles were not used for the scene in which Luke and Leia swing to safety. She and Mark Hamill performed that stunt themselves, shooting it in just one take. 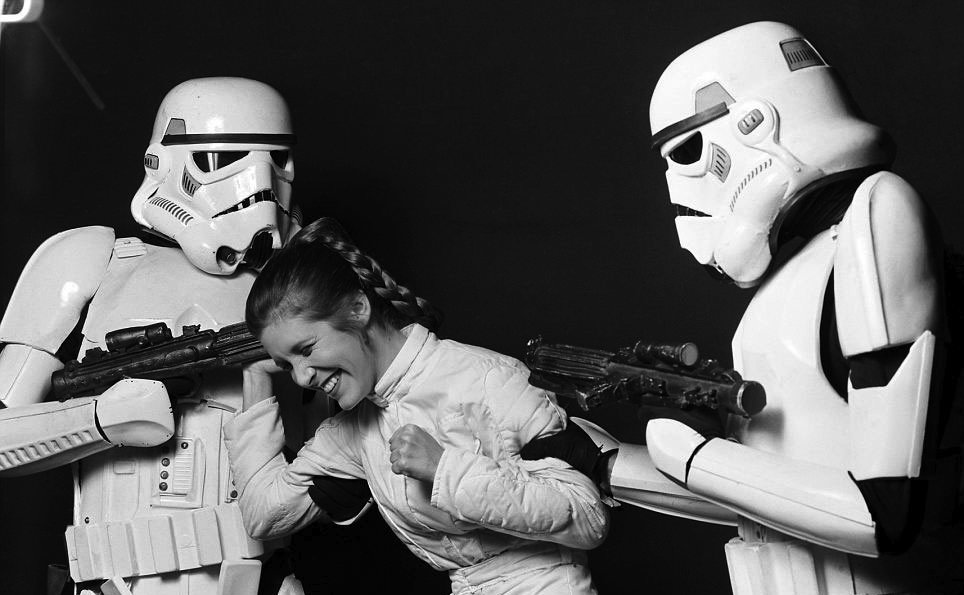 10. Her role was heavily promoted to attract women viewers.

Initial research from 20th Century Fox using the title and a brief synopsis came back with the results that only males under 25 were interested in seeing the film. Fox then deliberately marketed the film with a view to attracting older and female cinemagoers by pushing images of humans, including Princess Leia, center stage and referring to the film in more mythic tones, rather than science fiction. 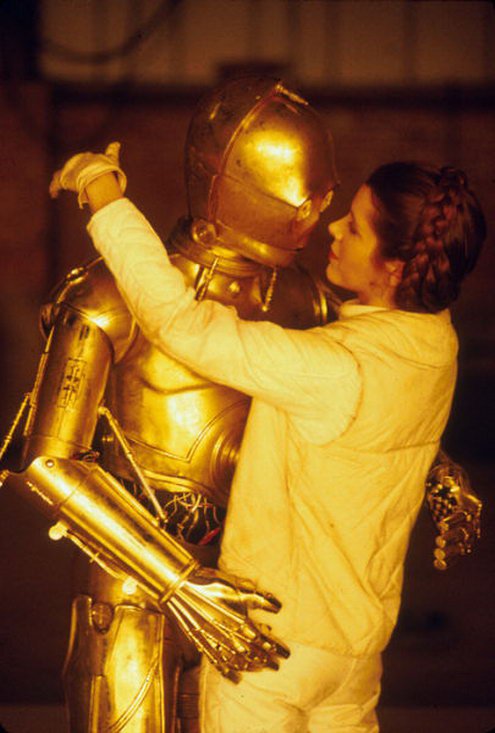 She once sarcastically claimed to have got the role of Princess Leia Organa by sleeping “with some nerd.”

12. She found her dialogue a real challenge.

After one especially difficult scene, she said to Lucas “You can type this stuff, but you can’t say it”.

13. She was nearly cut from the script.

Lucas toyed with the idea of changing Luke Skywalker into a woman and cutting Princess Leia from the script. He also entertained the notion of casting the principal characters as dwarfs.

14. She loved arguing with Han Solo.

15. Her character never got to meet Obi-Wan Kenobi.

The closest they get to meeting is when she sees him from a distance during the lightsaber duel.

16. She has a common ancestry with Mark Hamill.

17. In the book, her character is the first to speak.

In George Lucas’ paperback novelization of the film, the book begins with a short prologue recited by Princess Leia. In the prologue, she tells the story of the fall of the “Old Republic”, the rise of the Empire, and the rise of the Rebel Alliance.

Upon receiving the script prior to her audition, Carrie Fisher read it aloud with her friend, actor Miguel Ferrer. They loved it so much both of them wanted to play Han Solo!

19. She was addicted to cocaine while filming.

In an interview in Australia, she revealed that she had a cocaine addiction during filming of Star Wars: The Empire Strikes Back, and also survived an overdose. “Slowly, I realized I was doing a bit more drugs than other people and losing my choice in the matter,” she said. 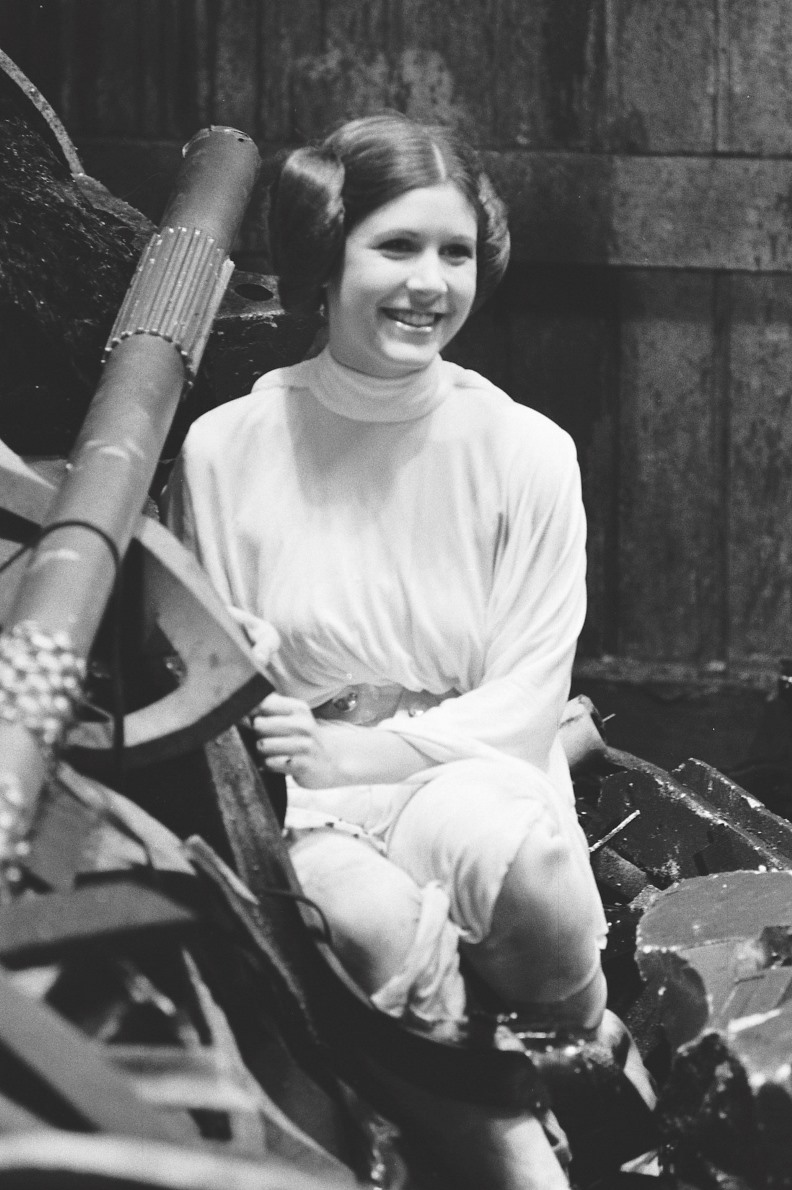 20. She was too short for some scenes.

She stood on a box for many of her scenes with Harrison Ford in the Star Wars trilogy, owing to the fact that she was roughly a foot shorter than him and didn’t fit into the frame. 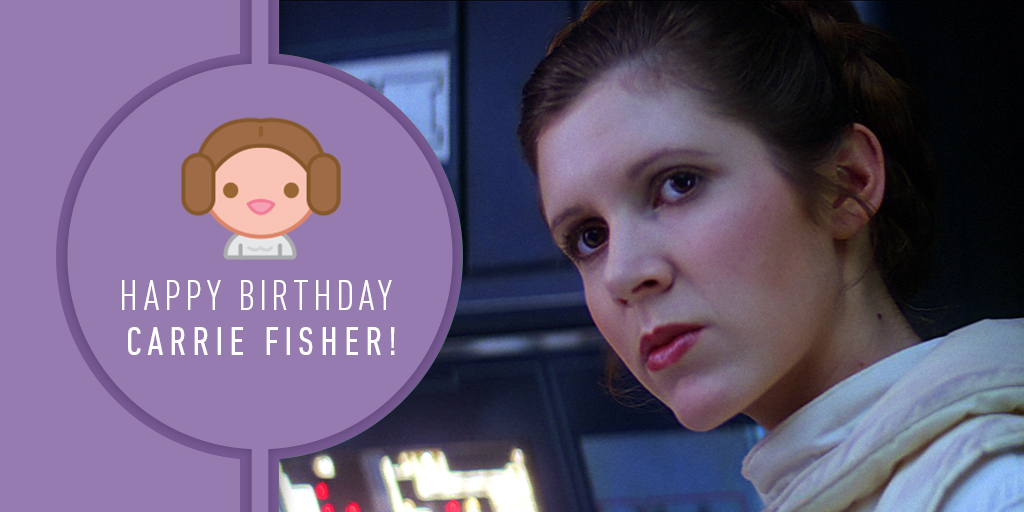 Born in October 21, 1956, Carrie Fisher was raised in Beverly Hills with her younger brother. Known for her love of reading, Fisher was regarded as a bookworm during her youth and eventually developed an interest in theater. At age 15, Fisher appeared in the Broadway revival of Irene and eventually attended London’s Central School of Speech and Drama.

In 1975, the actress made her big screen debut in Shampoo alongside Warren Beatty and Goldie Hawn. But it was two years later that Fisher landed the role of a lifetime when she was cast as Princess Leia in George Lucas’ Star Wars.

Fisher first played Princess Leia in 1977 in Star Wars Episode IV: A New Hope. Initially, the actress didn’t think the space opera would hit it off with general audiences, but her thoughts were quickly turned once the sci-fi flick became a hit. Fisher would go on to reprise her role as Leia in the next two Star Wars films to round out the original trilogy.

Outside of Star Wars, Fisher has starred in numerous films and television series. She appeared in The Blue Brothers and The Man With One Red Shoe, making her one of few actors to work alongside both John and James Belushi. She is also an accomplished writer who publisher her first novel in 1987 titled Postcards from the Edge. The book was picked up by Colombia Pictures and turned into a film adaptation starring Meryl Streep and Dennis Quaid. 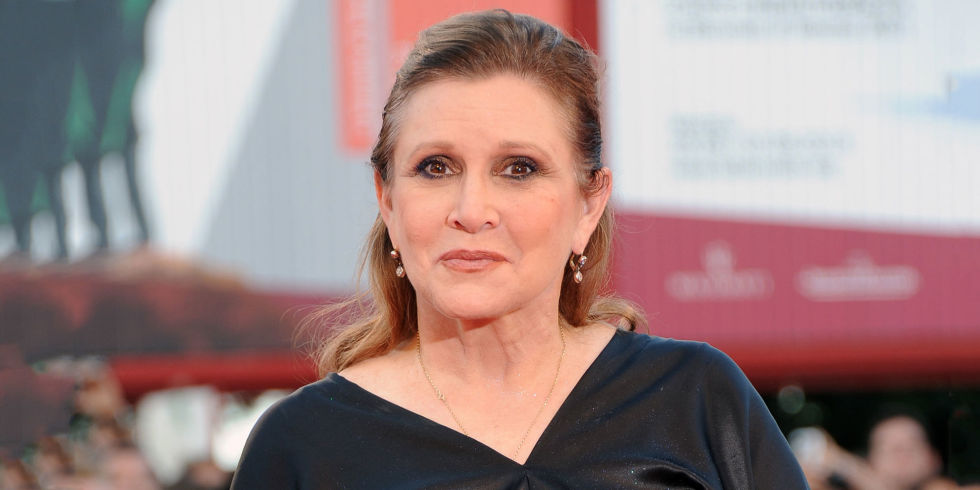 Most recently, fans saw Fisher return to theaters in the newest Star Wars trilogy. The actress reprise her role of Leia for Star Wars Episode VII: The Force Awakens along with co-stars Mark Hammill and Harrison Ford. Fisher also had connections with the second Star Wars trilogy as a script doctor. And, this month, Fisher returned to her original Star Wars days after her nonfiction novel titled The Princess Diarist was released. The bestseller is a collection of journals that Fisher kept during the filming of the first Star Wars film.

Happy birthday, Carrie! May the Force be with you!